We start introducing you to the programme of the festival Diaghilev. P.S. 2017 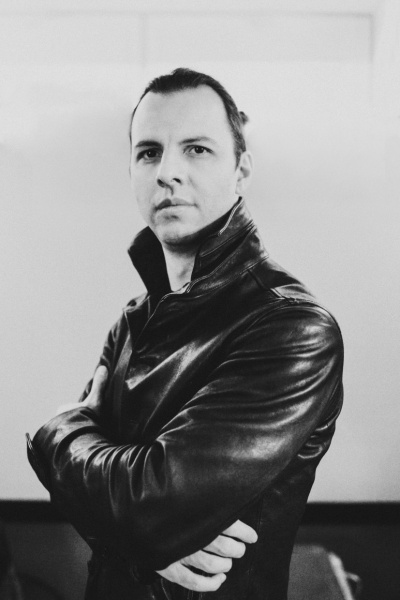 Let us start introducing you to the programme of the festival Diaghilev. P.S. 2017. The festival will be held on the last week of November, dates of the performances will be announced later. Venues of the performances are festival’s regular partners: Grand Hall of the St. Petersburg Academic Philharmonia, Alexandrinsky theatre, Tovstonogov Bolshoi Drama theatre.

This season Festival Diaghilev. P.S. for the first time in its history is a Co-commissioner of a brand new creation of Wayne McGregor – Autobiography. This production will be presented by the Company Wayne McGregor in St Petersburg on the 26th of November only a month after its world premiere in London.

In the summer of 2017, award-winning choreographer Wayne McGregor will embark
on arguably his boldest and most intimate collaboration to date, as he allows worldleading geneticists to sequence his entire genome. The personal biological archaeology thus laid bare will dramatically alter McGregor’s viewpoint on his own life-story, tracing patterns back into the ancestral past of our species and illuminating what creates our individuality. Combining memoir, documentary, and a re-processing of nature’s code through an act of human imagination, this new work charts McGregor’s adventure into his autobiography, and asks how to understand a life.

On the 23rd of November festival’s constant participant, kind of mascot will give a performance at Grand Hall of the St. Petersburg Academic Philharmonia. MusicAeterna orchestra of the Perm Opera and Ballet theatre, conducted by Teodor Currentzis will perform Gustav Mahler’s Symphony No. 1. In the second part of the program – violin concert of Alban Berg (soloist – Patricia Kopatchinskaja, violin).

On the 28th of November Svetlana Zakharova – prima ballerina of Bolshoy theatre, star of the international ballet world will perform her triumphant solo program Amore on the stage of Alexandrinsky theatre.

STROKES THROUGH THE TAIL
Music by: Wolfgang Amadeus Mozart
Choreography by: Marguerite Donlon

Within its history Centre Chorégraphique National Ballet de Lorraine from Nancy has been directed by Patrick Dupond, Pierre Lacotte, Françoise Adret and Didier Deschamps. Today it’s Petter Jacobsson, dancer, choreographer, graduate of the Vaganova Ballet Academy and the Royal Swedish Ballet School, – who leads the Company. The Company, retaining imperial style and gloss even with today’s modern dance choreography, is not afraid of experiments and leans toward synthesis of arts. One of the cases in point is ballet “Relâche”, which will be presented within “Diaghilev. P.S.”.

“Relâche. An instantaneous ballet in two acts, a cinematographic entracte and “The Dog’s Tail” is a reconstruction of Francis Picabia’s conception of 1924 staged by Jean Börlin with music by Erik Satie. Author of the film which is demonstrated as part of the production is René Clair. The title is thought to be a Dadaist joke, as the word “relâche” was used on posters to indicate that a show is cancelled. The first performance was indeed cancelled, due to the illness of Jean Börlin, former Michael Fokine’s student, who was the principal dancer, choreographer, and artistic director of the Ballets Suédois, which took much after the Ballets Russes.