Another premiere performance at the “Diaghilev. P.S.” 2017! 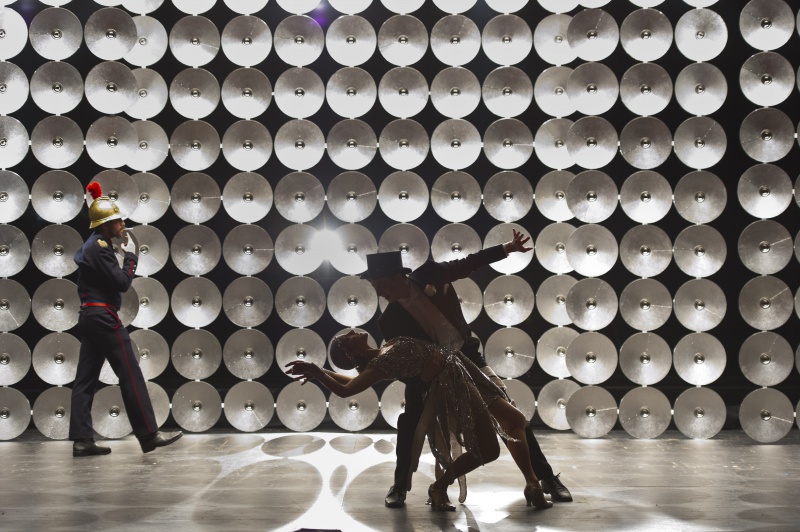 In addition to the previously announced choreographic sensation, “Relache”, the Festival will present the June premiere of the Ballet de Lorraine from Nancy, “Record of Ancient Things”, by choreographers Petter Jacobsson and Thomas Caley.

The ballet “Record of Ancient Things” is playing a game with illusions and transformations. Three choreographic scenarios are played out in a glimmering translucent space, mutating from the stage to the ballroom, from the latter into the arena. At the same time, each of the platforms dictates its own “rules of a game.”

The reconstructed ballet “Relâche” (J. Börlin, 1924), which “Diaghilev. P.S.” will bring to Russia for the first time, opens the unknown page in the history of the European ballet. You can learn more about its production and history here .

The Ballet de Lorraine and its company of 26 dancers is one of the most significant modern ballet companies that work in Europe today. At various times this troupe has been directed by Patrick Dupond, Pierre Lacotte, Françoise Adret and Didier Deschamps. Today it’s Petter Jacobsson, dancer, choreographer, graduate of the Vaganova Ballet Academy and the Royal Swedish Ballet School, – who leads the Company. The Company, retaining imperial style and gloss even with today’s modern dance choreography, is not afraid of experiments and leans toward synthesis of arts.