Gala Banquet was held in the Hermitage on 24 June 2016 with support of “Diaghilev. P.S” 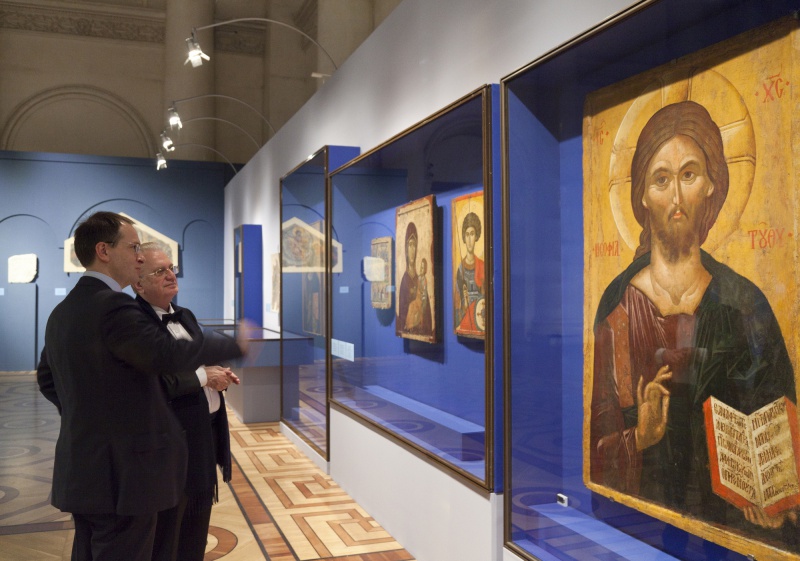 Every year, the State Hermitage Museum hosts a Gala Banquet in the Winter Palace. This magnificent celebration, worthy of the Russian Tsars, attracts patrons of the arts and friends of the Hermitage from all over the world.

The Banquet this year showcased the dialogue between classical art and the art of fashion. There were special exhibtions on view of two celebrated Russian fashion designers of the 20th century: Erté, who was banned from the Soviet Russia as he became famous in France, Monte-Carlo and Hollywood for the most elegant Art-Deco costumes, and the patriarch of Soviet fashion, known as «Russian Dior», Viacheslav Zaitsev. The banquet started with a champagne reception in the Pergamon Hall, continued with staged cat-walk of Zaitsev’s models and a concert by opera and ballet stars in the beautiful Hermitage galleries. This was followed by a sumptuous dinner in the Jordan Gallery. The traditional ball in the Fieldmarshals’ Hall took place after dinner. The evening finished with a cocktail in the great Courtyard of the Winter Palace in the magical light of the White Nights.

The Gala Banquet was held with traditional support of “Diaghilev. P.S”.

You can find photos of the Gala Banquet here.