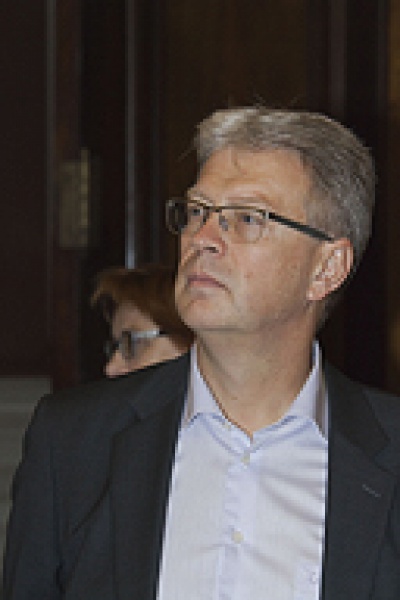 On June 27 Antoine Ernst, major international CEO, and Mikhail Piotrovsky, General Director of the State Hermitage met in the Museum’s Nicholas II Library. Their purpose was unusual: to inspect a pair of chandeliers, recreated from historical photographs with the support of the Festival «DIAGHILEV. P.S.» and Ernst’s own company.

The interior of the Library was designed in the English gothic style by architect Alexander Krasowski, between 1894 and1896. Two famous St. Petersburg’s furniture companies – N.V. Svirsky and F. Meltzer – then executed the project, which included the creation two bronze chandeliers wired for electricity – a very new concept at that time. These were dismantled sometime after 1917 and their fate is still unknown.

In 2013, the company “Russian Interior” recreated the chandeliers (to T.I. Kargina’s designs). Each detail of the implementation was supervised by I.O. Sychev, a senior researcher of the Hermitage’s Department of History of Russian Culture.