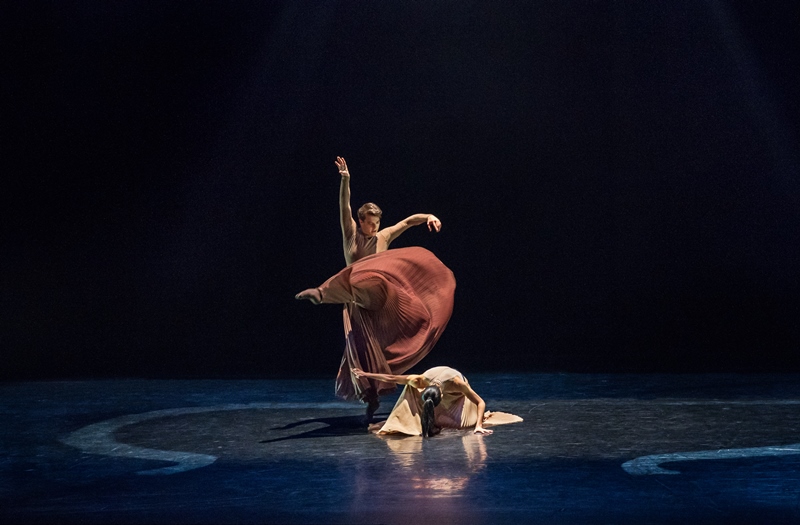 MARTHA GRAHAM (1894–1991) is recognized as a primal artistic force of the 20th century alongside Picasso, Stravinsky, James Joyce, and Frank Lloyd Wright. In 1998 Time magazine named Martha Graham the “Dancer of the Century,” and Peoplemagazine named her among the female “Icons of the Century.” As a choreographer, she was as prolific as she was complex. She created 181 ballets and a dance technique that has been compared to ballet in its scope and magnitude. Many of the great modern and ballet choreographers have studied the Martha Graham Technique or have been members of her company.

MARTHA GRAHAM DANCE COMPANY was founded in 1926 by dancer and choreographer Martha Graham, and is acknowledged as “one of the great companies of the world” by Anna Kisselgoff, former chief dance critic of The New York Times.

“one of the seven wonders of the artistic universe,”
Alan M. Kriegsman — Washington Post

“They seem able to do anything, and to make it look easy as well as poetic.”
Martin Bernheimer — Los Angeles Times

Martha Graham once described Diversion of Angels as three aspects of love: the couple in white represents mature love in perfect balance; red, erotic love; and yellow, adolescent love. The dance follows no story. Its action takes place in the imaginary garden love creates for itself.
Martha Graham recalled that when she first saw the work of the modern artist Wassily Kandinsky, she was astonished by his use of color, a bold slash of red across a blue background. She determined to make a dance that would express this. Diversion of Angels is that dance, and the Girl in Red, dashing across the stage, is the streak of red paint bisecting the Kandinsky canvas. — ELLEN GRAFF

The Lamentation Variations is an event that was originally conceived to commemorate the anniversary of 9/11. The work opens with a film from the early 1940s of Martha Graham. We see her dancing movements from her then new, and now iconic, solo, Lamentation. The variations were developed under specific creative conditions. Each choreographer was asked to create a spontaneous choreographic sketch of their reaction to the Graham film, and was required to adhere to the following conditions: 10 hours of rehearsal, public domain music or silence, basic costumes and lighting design. Though it was planned to be performed on only one occasion, the audience reception for the Lamentation Variations was such that it has been added to the permanent repertory of the Martha Graham Dance Company.

The work is inspired by the Greek myth of Narcissus and Echo but does not retell their story. Narcissus and his reflection, Echo and her multiple voices, the impossibility of love and the vanity of beauty — these themes are explored in a complex and vivid dance vocabulary that aims to create an emotional landscape.
ANDONIS FONIADAKIS (Choreographer) has collaborated with Béjart Ballet Lausanne, Lyon Opera Ballet, and Saburo Teshigawara / Karas Co. and performed works of Maguy Marin, Jiri Kilian, William Forsythe, Nacho Duato, Mats Ek, Maurice Bejart, Ohad Naharin, Bill T Jones, John Jasperse. As choreographer he has created works for: Cedar Lake Contemporary Ballet, Geneva Ballet, Lyon Opera Ballet, Bern Ballet, NDC of Wales, Bale da Cidade of Sao Paulo, Helsinki Dance Company , Benjamin Millepied Dance Company, among others. In 2003, he created his own dance company, Apotosoma.

Chronicle premiered at the Guild Theater in New York City on December 20, 1936. The dance was a response to the menace of fascism in Europe; earlier that year, Graham had refused an invitation to take part in the 1936 Olympic Games in Germany, stating: “I would find it impossible to dance in Germany at the present time. So many artists whom I respect and admire have been persecuted, have been deprived of the right to work for ridiculous and unsatisfactory reasons, that I should consider it impossible to identify myself, by accepting the invitation, with the regime that has made such things possible. In addition, some of my concert group would not be welcomed in Germany” (a reference to the fact that many members of her group were Jewish).
“Chronicle does not attempt to show the actualities of war; rather does it, by evoking war’s images, set forth the fateful prelude to war, portray the devastation of spirit which it leaves in its wake, and suggest an answer.” This is one of the very few dances Martha Graham made which can be said to express explicitly political ideas, but, unlike Immediate Tragedy (1937) and Deep Song (1937), dances she made in response to the Spanish Civil War, this dance is not a realistic depiction of events. The intent is to universalize the tragedy of war. The original dance, with a score by Wallingford Riegger, was forty minutes in length, divided into five sections: “Dances before Catastrophe: Spectre–1914 and Masque,” “Dances after Catastrophe: Steps in the Street and Tragic Holiday,” and “Prelude to Action.” The Company has reconstructed and now performs “Spectre–1914,” “Steps in the Street” and “Prelude to Action.” 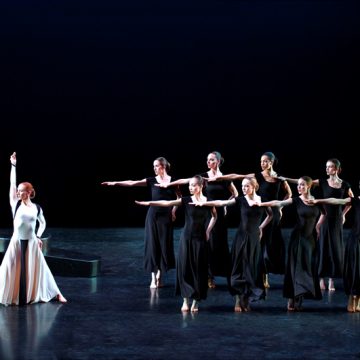 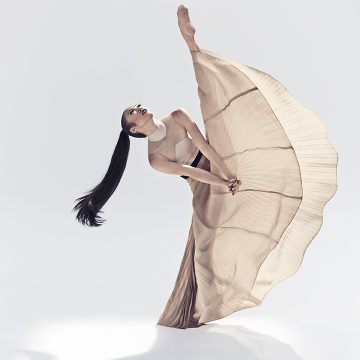 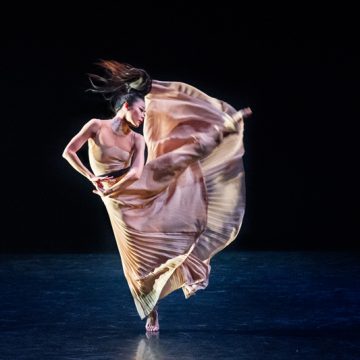 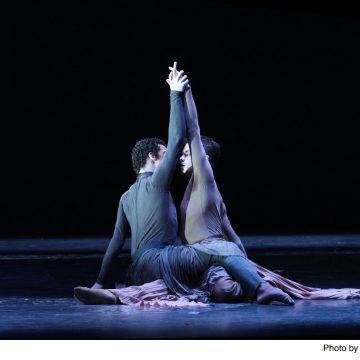 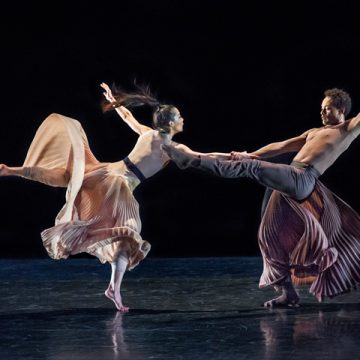 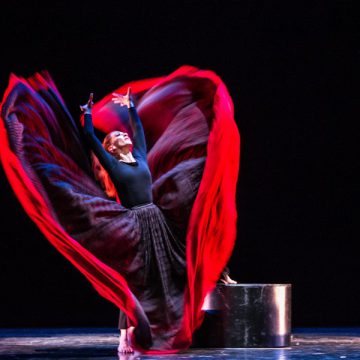 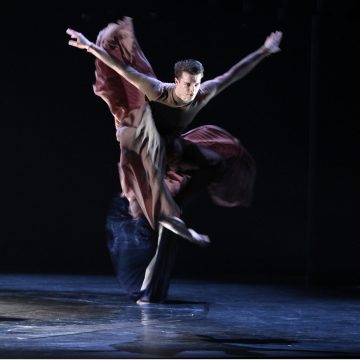 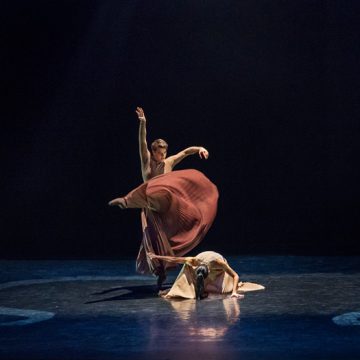