Ulrike Quade is one of the most outstanding visual theatre makers in the Netherlands. With her extraordinary and highly acclaimed technique and acting she brings her characters to life. The figures, with their human features and smooth movements are sculptured creations of Ulrike Quade herself. They are so real that you forget that they are not of flesh and blood. 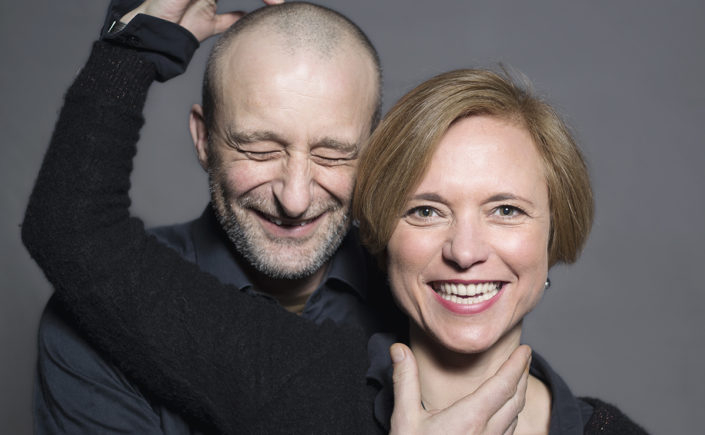 Ulrike Quade graduated from the acting department of the Utrecht School of the Arts and from the theatre making department with a Master’s degree in scenography. Together with Duda Paiva, she created the successful performances Dead Orange Walk, Two Old Ladies and the double bill Nude Volume/Angel. Me too — a sideshow (2006), about a Siamese twins, was her first solo project.

Today Ulrike Quade’s work is presented at the leading international theatre festivals in Europe and worldwide. She is one of The Netherlands’ most outstanding visual theatre makers. She has created her personal theatrical signature by combining puppetry, dance, physical theatre and scenography. Ulrike Quade was inspired to this theatrical form in Japan, by Hoichi Okamoto and his quirky solo puppet theater and butoh dance. She consistently explores her personal theatrical language, in which the expressive power of visual images is of the greatest importance. The productions speak directly to audiences through their intensity and openness, and in the surprising way that objects and subjects come to life.