The Idiot by Saburo Teshigawara 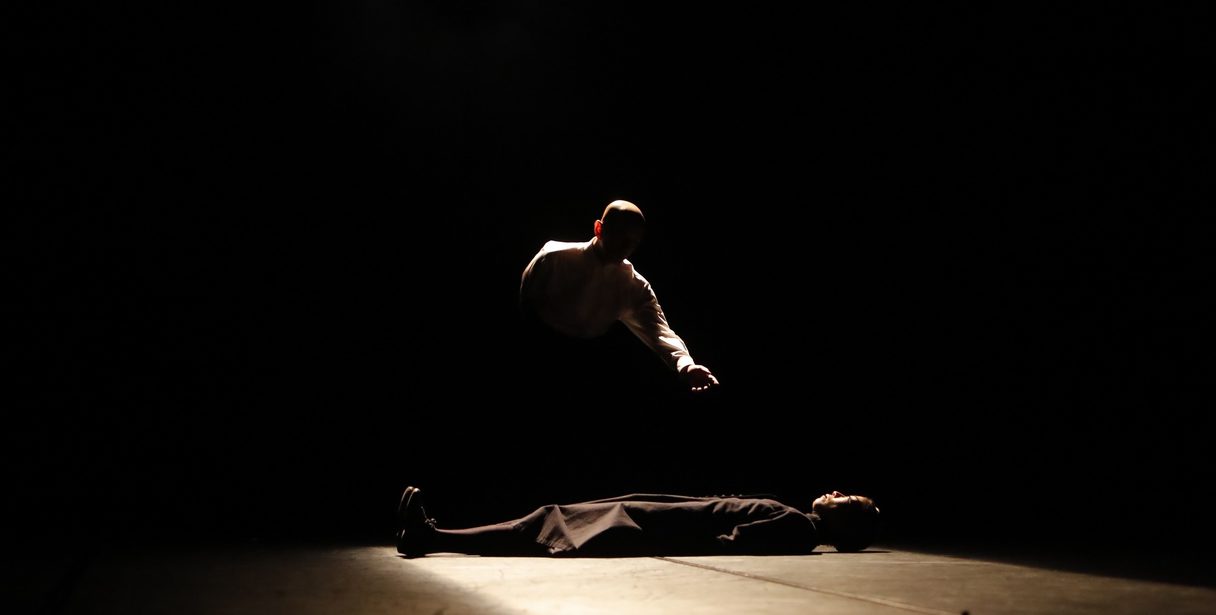 The Idiot by Saburo Teshigawara

On November 27, the Bryantsev Theatre of Young Spectators presented a performance of The Idiot, by Japanese choreographer Saburo Teshigawara. Despite the fact that, formally, the performance is not related to the Ballets Russes repertoire, we feel that in the level of its innovation and execution this is an absolutely a ‘Diaghilev phenomenon’. The work was staged in 2018, its première taking place in the autumn at the Chaillot Theater in Paris. The choreographic language includes classical ballet, butoh, and elements of free dance.  Saburo Teshigawara’s first profession was as an artist and he himself designed both the lighting and costumes.

The 67-year-old dancer and choreographer will dance throughout with one partner – the universal embodiment of woman, and not only the character Nastasya Filippovna — performed by Rihoko Sato. In the image that Teshigawara himself represents, several conflicting characters are collected: he is both Prince Myshkin and Rogozhin. The artist ponders events and even meditates; for a short time he goes into the story, and then a musical theme arises – “Forgotten Waltz” by Shostakovich: simple but incredibly expressive music. By the force of influence on the senses, one can draw a parallel with Stravinsky’s music. The minimalism of the dance is amazing, it is simultaneously detached yet infinitely expressive. Teshigawara is a unique phenomenon, a universal artist, open to all styles. He says that he knew that it was impossible to create an actual choreographic analogue of Dostoevsky’s novel, but that it was this ‘impossibility’ which became the key for him to create the work.

Supported by the Agency for Cultural Affairs, Government of Japan through the Japan Arts Council

“I knew it would be impossible to create a choreography taken from such a novel. But this impossibility has been key to approach and create something completely new. A dance that only exists in the present.”
ー Saburo Teshigawara

Saburo TESHIGAWARA began his unique creative career in 1981 in his native Tokyo after studying plastic arts and classic ballet. In 1985, he formed KARAS with Kei Miyata and started group choreography and their own activities. Since then, he and KARAS have been invited every year to perform in major international cities around the world.

In addition to solo performances and his work with KARAS, Saburo Teshigawara has also been receiving international attention as a choreographer/director. He has been commissioned by many international Ballet companies such as the Paris Opera to create repertoire pieces for the company. Teshigawara has likewise received increasing international attention in the visual arts field, with art exhibitions, films/videos as well as designing scenography, lighting and costume for all his performances. Teshigawara’s keenly honed sculptural sensibilities and powerful sense of composition, command of space and his decisive dance movements all fuse to create a unique world that is his alone. Keen interests in music and space have led him to create site-specific works, and collaboration with various types of musicians.

Besides the continuous workshops at the KARAS studio in Tokyo, Saburo Teshigawara has been involved in many education projects. Recent young members of the company KARAS are from the project Dance of Air, an educational project bringing out a performance as a culmination of a year-long workshop process, produced by the New National Theatre Tokyo. S.T.E.P. (Saburo Teshigawara Education Project) has been initiated since 1995 with partners in the UK, also in the same style as Dance of Air. In 2004, he was selected as the mentor of dance for The Rolex Mentor and Protégé Arts Initiative, to work for one year with a chosen protégé. From 2006 to 2013, he taught at the College of Contemporary Psychology, St. Paul’s (Rikkyo) University in Japan. Since 2014, he is professor at the Tama Art University, department of Scenography Design, Drama, and Dance. Through these various projects, Saburo Teshigawara continues to encourage and inspire young dancers, together with his creative work.
Since 2013, he has established his own private creative space KARAS APPARATUS in Ogikubo, Tokyo. Here, he constantly creates a performance series called “Update Dance”.

His work has won numerous awards and honours in Japan and abroad, including a Bessie Award in 2007, the Medal of Honor by the Emperor of Japan in 2009 and in 2017 he was made an Officer of the Order of Arts and Letters in France.

“I was aware of the impossibility to create a dance piece from such a great novel. Yet this impossibility was the key to approaching and creating something completely new. A dance that only exists here. With no usage of text at all, a pure dance piece is embodied from the novel. Not just embodying the character related to the original novel, but the embodiment of movement inside words. Silent voices heard within words, screams and moans, murmurs and sighs, all become physical movement. Coming from the interior, moving the body. The dance of a continuing life, in the form of a human body. A body with no answer keeps questioning life with continuing movement. The power of the voices of the silent and noisy body, structures the whole piece. “The Idiot” told by the body, not as a literature.”
– Saburo Teshigawara