The exhibition “Russian LA: Stravinsky, Innovation and Dance” will be held in the Museum of Theatre and Music from November, 24 to January, 15 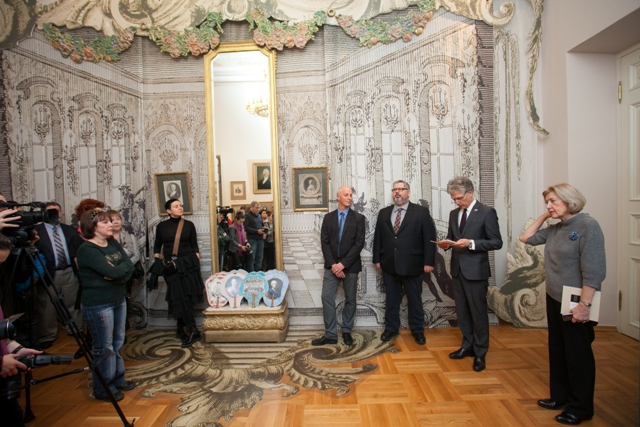 Los Angeles, a sister-city to St. Petersburg, has been distinguished by a spirit of innovation in the arts from its early history, attracting artists from abroad who sought to reinvent themselves. Following the Ballets Russes American tour of 1916-17 and during the tumult of the war years, many Russian artists immigrated to the United States and influenced the formation of American dance companies. This exhibition of photographic prints from archives, libraries and private collections explores early dance innovation in Los Angeles (1910s-1940s) as a synthesis of ideas from Russian émigrés and local artists.

Igor Stravinsky spent more time living in Los Angeles than in any other city and is a central focus of this exhibition. Stravinsky’s creative period in LA spanned almost three decades, inspiring performances in dance and music that shaped the artistic landscape of the 20th century. The exhibition explores the influence of Ballets Russes artists inspired by Stravinsky’s music, such as Adolph Bolm, Theodore Kosloff, and Bronislava Nijinska, alongside American innovators in modern dance including Ted Shawn, Ruth St. Denis and Lester Horton. Los Angeles has often been a synthesis of diverse artistic and cultural views, exemplified by performances at the Hollywood Bowl during the 1930s-1940s.

This exhibition is generously on loan from the Music Center, Los Angeles, U.S.A.
As one of the largest and most highly regarded performing arts centers in the country, The Music Center is celebrated for its illustrious dance programming, Glorya Kaufman Presents Dance at the Music Center and is home to four world-class resident companies—Center Theatre Group, LA Opera, LA Phil and Los Angeles Master Chorale. Its 22-acre campus includes the iconic venues Walt Disney Concert Hall, Dorothy Chandler Pavilion, Mark Taper Forum and Ahmanson Theater, as well as The Music Center Plaza and the newly opened Grand Park. Each year, more than one million people enjoy live performances and free community arts events at The Music Center. As an arts organization, The Music Center engages its community through compelling experiences, interactive events, and education programs. Its Active Arts® series is a national model of performing arts participation, extending the reach of the arts through interactive, communal activities. The Music Center also presents a variety of special productions, events, and festivals for children and families. One of these programs, World City™, presents global artists and their unique traditions in admission-free presentations at the Keck Amphitheater at Walt Disney Concert Hall. The Music Center is a nationally recognized leader in arts education, making arts-based curricula and resources available to students and teachers in schools and community centers on-line for free. For more information, visit http://www.musiccenter.org and follow The Music Center on Facebook and Twitter (@MusicCenterLA).