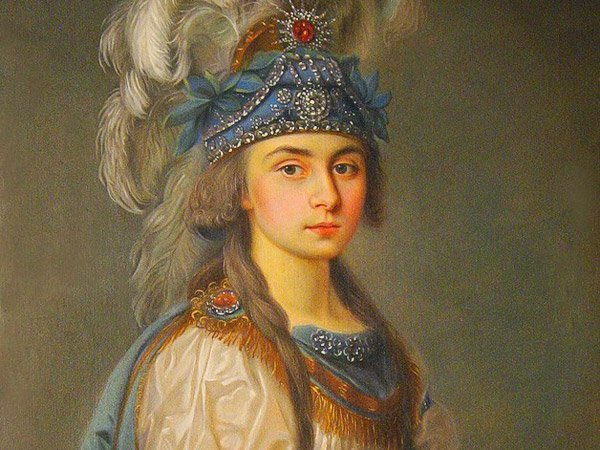 On November 25, in the St Petersburg State Capella was held a baroque music concert dedicated to the 250th anniversary of the singer Praskovia Zhemchugova, performed by the Baroque ensemble Quantum Satis under the direction of Sergey Filchenko. The concert was attended by the laureates of international competitions, countertenor Yuri Minenko and soprano Anna Gorbachyova-Ogilvie.

Praskovya Zhemchugova is the legendary singer of the Sheremetevsky serf theater, secret lover, and then the lawful wife of Count Nikolai Petrovich Sheremetev, the modest hostess of the Sheremetev Palace, the «Fountain House». In the memory of one of the most popular, and at the same time, mysterious persons of Russian Baroque the festival “Diaghilev. P.S.” represents a concert “Music of the Baroque”. The program of the concert includes Antonio Vivaldi’s spiritual cantatas, little-known to the Russian public, arias from the repertoire of Praskovia Zhemchugova, virtuoso arias and duets from the operas of Georg Friedrich Handel, Riccardo Throws and Leonardo Vinci.

Countertenor Yuriy Minenko (Ukraine) became the first countertenor in Russian history and in 2009 was a finalist of the international ‘BBC Cardiff Singer of the World”. Since his student years, Yuriy Minenko has given concerts in both his native Ukraine and abroad, performing in Russia, Great Britain, Germany, Spain, Israel and USA. He works with such conductors as Vasily Petrenko, Gounod Michail Jurowski, Dan Ettinger, Diego Fasolis and Alan Curtis and his repertoire includes works by Rossi, Carissimi, Cesti, Bononcini, Stradella, Araja, Caldara,Vivaldi, Bach, Handel, Marcello, Pergolesi, Gluck, Haydn, Bortniansky, Mozart, Cherubini, Rossini, Bellini, Schubert, Glinka, Brahms and Karlowicz. He achieved world-wide acclaim for his performance as Megabise in the Opéra national de Lorraine’s 2012 production of Leonardo Vinci’s opera Artaserse, under the direction of Diego Fazolis, who gathered together an ensemble of the world’s most famous contemporary counter-tensors – Max Emanuel Zencic, Philip Jarouski, Franco Faggioli, Valer Barnabad Sabadus – for the performances.

“We invited an outstanding countertenor Yuri Minenko. Those, interested in baroque music, of course, knows this name and knows that Yuri Minenko has not only extraordinary vocal gift, but also stunning artistry. There is such, one might say, a legendary production of Leonardo Vinci’s opera “Artaserse” (2012) where are the top five countertenors of the world are involved. Yuri Minenko in this production plays the part of Megabise. I mention this particular role not by chance, besides Yuriy Minenko’s “track record” is huge and every time it is an outstanding work. The director Silviu Purcarete and the costume designer Helmut Sturmer take as a basis the tradition of the Roman opera and the tradition of the Kabuki theater and make an incredible epic and beautiful things in this production. Just look at the fragments of this production and Yuriy Minenko’s performance, and you will understand what a great artist we bring.”
— Natalia Metelitsa,Artistic director of the festival “Diaghilev. P.S.”

Soprano Anna Gorbachyova-Ogilvie (Yekaterinburg) – graduate of the opera studio at the Royal Academy of Music, the Royal College of Music in London, as well as the Faculty of International Relations of the Ural State University named after A.M. Gorky. She sang leading parts in the baroque and classical repertoire at the Hungarian National Opera House, the Theater an der Wien, the Lyons and Wales National Opera, the Rome Opera, the Florida Grand Opera, the Early Music Festival in Innsbruck, the Handel Festival in London. In the season 2018-2019 Anna made her debut at the Royal Opera of Madrid and the Moscow Bolshoi Theater (title role in the opera “Altsina” Handel).

“She has a very beautiful, fresh, downright fragrant soprano with pure coloratura, which is complemented by a combination of finely stylized baroque passion, counterpoised with the ironic stance of a thoroughly
modern girl.”
—Ekaterina Biryukova, Openspace

The baroque ensemble Quantum Satis (which roughly translates as ‘the amount which is required’) forms the St Petersburg branch of Russia’s principal baroque orchestra, Pratum Integrum. Under their leader, violinist Sergey Filchenko, the ensemble comprises some of the finest musicans from Moscow and St Petersburg working in the baroque style, and they have created a sound which is deeply informed by historical practice yet quite individual. Since 2015 have performed in the city’s most prestigious venues: the Hermitage Theater, the Grand Philharmonic Hall and the Academic Chapel.

Sergey Filchenko graduated from the Rimsky-Korsakov St Petersburg Conservatoire and began a collaboration with the early music ensemble Musica Petropolitana while working on baroque violin technique under the dutch violin specialist Marie Leonhardt. In 1993, together with Musica Petropolitana, he won 1st prize in Amsterdam’s International Unico Wilhelm van Wassenaer Competition. In 1999 he became a violinist with the Playel-Trio ensemble in St Petersburg and since 2003 has been concert-master of Moscow-based Pratum Integrum, performing music from the XVII-XIX centuries in their authentic styles on period instruments. He also is concert-master and a soloist with Questa Musica and Moscow’s Collegium Musicum. In 2015 he founded the baroque group Quantum Satis Since 2011 he has been a guest professor at the University of Harvard.

PROGRAMME OF THE CONCERT