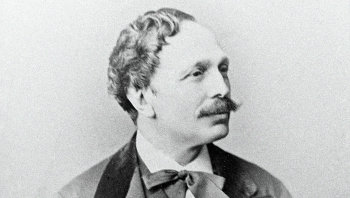 On November 17-18, as part of the International Cultural Forum, an academic conference entitled “Marius Petipa on the World’s Ballet Stage” was hold at the St Petersburg State Museum of Theatre and Music.

Supported by the Ministry of Culture of the Russian Federation, this conference brought together theatre historians, ballet researchers and choreographers whose aim it is to reconstruct historical performances by Petipa.

Within the frames of the Conference presentation of a book “Marius Petipa. “Memoirs” and Documents’ (NAVONA, 2018) by ballet historian Sergei Konaev with participation of Pascal Melanie took place.

SISSI-BABA YOUSRA (Beirut, Lebanon)
The Petipa Phenomenon – or the ever-glowing radiance of stars

GALKIN ANDREI (Moscow, Russia)
Choreographic notation in the Sergeev collection as a source for balletic reconstruction

VOSKRESENSKAYA NATALIA (Moscow, Russia)
The Harvard collection and its meaning for the reconstruction of choreographic texts and artistic style in Petipa’s ballets

GUCHMAZOVA LEYLA (Moscow, Russia)
Petipa’s ‘Orient’ as a socio-cultural phenomenon: why do we believe in Indian dancers’ arabesques?

KONAEV SERGEI (Moscow, Russia)
How costumes for The Sleeping Beauty evolved during the 19th and 20th centuries.

FEDOSOVA ELENA (St Petersburg, Russia)
The art of set design for ballets in the middle of 19th century: authors and the implementation
of their ideas.

ROSANOVA OLGA (St. Petersburg, Russia)
Swan Lake as interpreted by western European ballet masters from the end of the 20th and beginning of the 21st centuries

LALETIN SERGEI (St. Petersburg, Russia)
Raymonda and Serge Diaghilev: an unachieved production (1909) of Petipa’s ballet in the history of the Ballets Russes

ILLARIONOV BORIS (St. Petersburg, Russia)
The Petipa gene in the 20th century: somewhere between a symphonic dance and a balletic play – trends in 20th century ballet illuminated by Petipa’s own theatre tradition

HORMIGÓN LAURA (Madrid, Spain)
The imprint of Marius Petipa on Spanish writers of the 19th century

MIDDELBOE ANNE CHRISTENSEN (Copenhagen, Denmark)
The smile of Bournonville versus the longing of Petipa
A comparison between the Danish and the Russian ballet traditions of Bournonville and Petipa as they appear from a Copenhagen point of view

HIRANO EMIKO (Tokyo, Japan)
The reception of classical ballet in Japan and the dialogue between two traditions