Exhibition “The Bolt” Was Presented in London by Festival “Diaghilev P.S.” 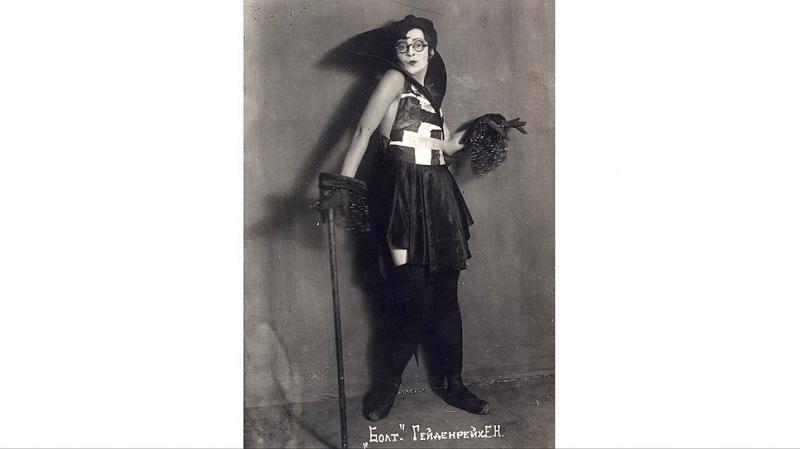 Festival “Diaghilev P.S.” presents an exhibition ‘The Bolt’ from the collection of the St Petersburg State Museum of Theatre and Music in the Gallery for Russian Art and Design in London.

‘The Bolt’ is a colourful Constructivist ballet banned after its first performance in April 1931 on the stage of Leningrad State Academic Theatre of Opera and Ballet (State Academic Mariinsky Theatre since 1992). Bold designs by Tatiana Bruni and Georgii Korshikov, experimental choreography by Fedor Lopukhov and a vivid musical score by Dmitrii Shostakovich made this extraordinary production a threat to the Soviet authorities and it was 74 years before it saw the stage again. Сultural leaders wasn’t highly tickled at the idea of satirical review of the negative characters of those years (bureaucrats, shirkers, idlers, “flyers” and others). Newspapers reported that management removed performance from the repertoire, the composer and the choreographer are ready to radically revise the ballet. But since then the “Bolt” hadn’t show up on the stage. A ban of the Ballet outlined future radical changes of the country’s ideological life: in 1932 the term of “socialist realism” was established and afterwards the I Congress of the Union of Writers in 1934 declared it as the only method of art, which officially canceled all the other “The Isms” (Cubism, Impressionism, Pointillism, Realism, Surrealism).

The exhibition features costume designs, period photographs, original costumes, the musical score and the premiere playbill. Opening of the exhibition was accompanied by a reconstructive performance by artist Paul Kindersley.

With support of the Committee for Culture of St Petersburg

«An entirely different current and aesthetic — almost completely unknown and unseen outside of Russia — was flourishing under Soviet rule».

«This “Bolt” exhibition doesn’t offer many more clues to what went wrong in 1931. But it does give a vivid and moving glimpse of the creative fervor, experimental spirit and enterprise of a work that would live for just a few hours onstage, and of an era in ballet history that is still mostly unknown».

Here you can read more about the exibition.