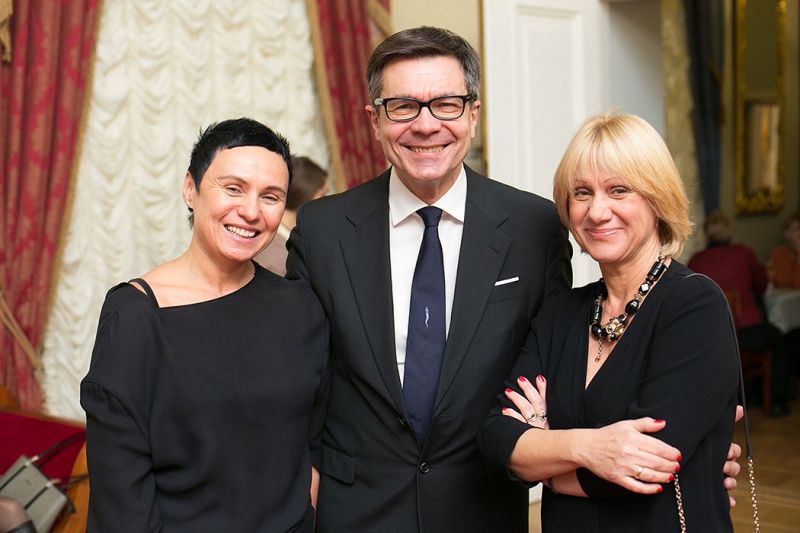 The IV-th winner of the honorary prize of the Festival ETONNE-MOI (“Surprise me!”) became General Director of the State Hermitage Museum professor Mikhail Piotrovsky. The Hermitage under his leadership develops tremendous number of exciting international projects, but bringing into the conservative and classical Hermitage radical exhibition of contemporary art Manifesta 10 this year was really very valiant and surprising!

The bronze statuette of Firebird was presented by Mr. Poltavchenko – the St. Petersburg’s Governor on the stage of Alexandrinsky Theatre. The award-ceremony was the first “step” of the grand opening of the Festival, which was followed by the long-expected Russian premiere of FAR by Wayne McGregor. After the performance the post-show talk with the dancers of Random and the choreographer himself took place right in the audience space.