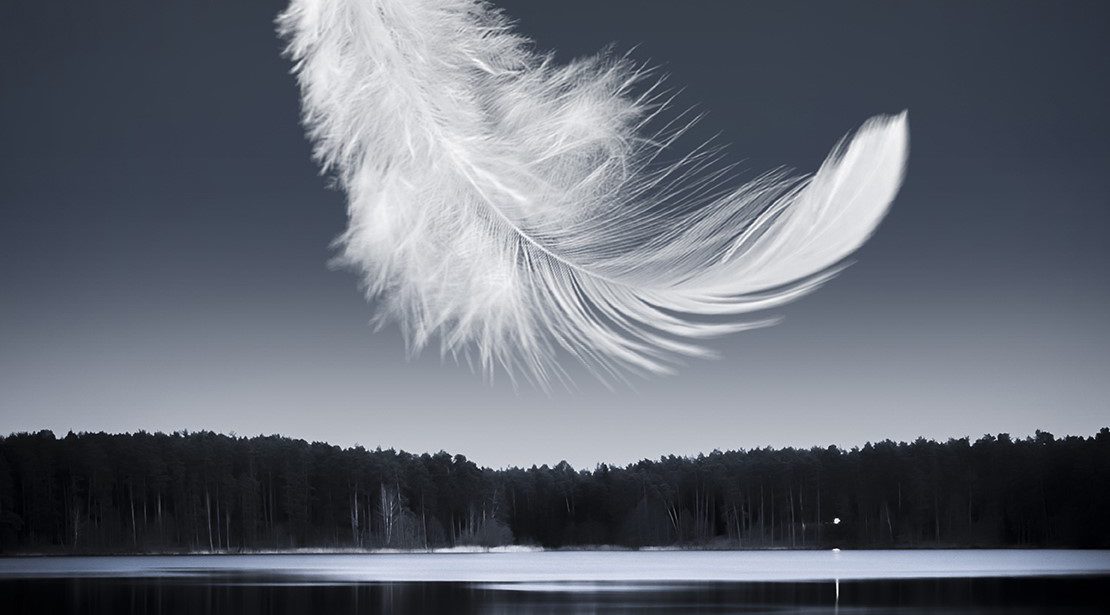 The Festival Diaghilev. P.S. is honored to present the Russian premiere of Angelin Preljocaj’s new ballet, Swan Lake, which is co-produced by the Festival. St. Petersburg will become the first stage outside of France where the world will see a new creation by one of the greatest ballet masters of our time.

After Snow White and Romeo and Juliet, Angelin Preljocaj is returning to narrative ballet and his taste for stories.
Combining Tchaikovsky’s musical masterpiece with more contemporary arrangements as he likes to do, he takes possession of the myth of the swan-dancer. A work begun in 2018 with Ghost, in which he paid tribute to Marius Petipa, projecting himself into the choreographer’s imagination at the same moment as the idea of his Swan Lake occurred to him.

Half of Life
Garlanded with yellow pears
And full of wild roses
The land leans into the lake,
And you, lovely swans
Drunk on kisses
Plunge your heads
In the pure and sacred water.
Woe to me, when winter comes
Where will I find the flowers, and where
The sunshine,
And shadow of the earth?
The walls stand
Mute and cold,
The flags rattle.
Friedrich Hölderlin (1770-1843)

Act I
Prince Siegfried arrives at his 21st birthday celebration on the palace courtyards. Here, he finds all of the royal families and townspeople dancing and celebrating, while the young girls are anxiously seeking his attention. During the exquisite celebration, his mother gives him a crossbow. She informs him that because he is now of age, his marriage will be quickly arranged.
Hit with the sudden realization of his future responsibilities, he takes his crossbow and runs to the woods with his hunting buddies.

Act 2
Getting ahead of the group, Prince Siegfried finds himself alone in a peaceful spot by an enchanted lake where swans gently float across its surface. While Siegfried watches, he spots the most beautiful swan with a crown on its head. His buddies soon catch up, but he orders them to leave so he can be by himself. As dusk falls, the swan with the crown turns into the most beautiful young woman he has ever seen. Her name is Odette, the Swan Queen. Odette informs the young prince about an evil sorcerer, Von Rothbart, who happens to be disguised as Prince Siegfried’s mentor. It was Rothbart who turned her and the other girls into swans. The lake was formed by the tears of their parents’ weeping. She tells him that the only way the spell can be broken is if a man, pure in heart, pledges his love to her. The prince, about to confess his love for her, is quickly interrupted by the evil sorcerer. He takes Odette from Prince Siegfried’s embrace and commands all of the swan maidens to dance upon the lake and its shore so that the prince cannot chase them. Prince Siegfried is left all alone on the shore of Swan Lake.

Act 3
The next day at the formal celebration in the Royal Hall, Prince Siegfried is presented with many prospective princesses. Although the ladies are worthy of his attention, he cannot stop thinking about Odette. His mother commands him to choose a bride, but he cannot. For the time being, he satisfies his mother’s request by dancing with them. While the prince dances, trumpets announce the arrival of Von Rothbart. He brings his daughter, Odile, on whom he has cast a spell to appear as Odette. The prince is captivated by her beauty and he dances with the imposter. Unbeknownst to Prince Siegfried, the true Odette is watching him from a window. The prince soon confesses his love to Odile and proposes marriage, thinking that she is Odette.
Horrified, Odette flees into the night. Prince Siegfried sees the real Odette running from the window and realizes his mistake. Upon his discovery, Von Rothbart reveals to the prince the true appearance of his daughter Odile. Prince Siegfried quickly leaves the party and chases after Odette.

Act 4
Odette has fled to the lake and joined the rest of the girls in sadness. Prince Siegfried finds them gathered at the shore consoling each other. He explains to Odette the trickery of Von Rothbart and she grants him her forgiveness.
It doesn’t take long for Von Rothbart and Odile to appear in their evil, un-human, and somewhat bird-like forms. Von Rothbart tells the prince that he must stick to his word and marry his daughter. A fight quickly ensues.
Prince Siegfried tells Von Rothbart that he would rather die with Odette than marry Odile. He then takes Odette’s hand and together they jump into the lake.
The spell is broken and the remaining swans turn back into humans. They quickly drive Von Rothbart and Odile into the water where they, too, drown. The girls watch the spirits of Prince Siegfried and Odette ascend into the heavens above Swan Lake. 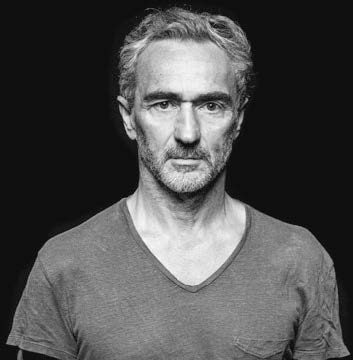 Angelin Preljocaj was born in the Paris region, in France, and began studying classical ballet before turning to contemporary dance, which he studied with Karin Waehner.

In 1980, he went to New York to work with Zena Rommett and Merce Cunningham, after which he resumed his
studies in France, there his teachers included the American choreographer Viola Farber and the French one Quentin Rouillier. He then joined Dominique Bagouet before founding his own company in December 1984.

His productions are now part of the repertoire of many companies, many of which also commission original production from him, notably La Scala of Milan, the New York City Ballet and the Paris National Opera Ballet.

Throughout the course of his career, Angelin Preljocaj has received numerous awards, including the “Grand Prix National de la Danse” awarded by the French Ministry of Culture in 1992, the “Benois de la danse” for Le Parc in 1995, the “Bessie Award” for Annonciation in 1997, “Les Victoires de la musique” for Roméo et Juliette in 1997 and the “Globe de Cristal” for Snow White in 2009. He is an “Officier des Arts et des Lettres” and a “Chevalier de la Légion d’honneur” and he was appointed an “Officier de l’ordre du Mérite” in May 2006. He has received the Samuel H. Scripps/ American Dance Festival Award for Lifetime Achievement in 2014. In April 2019 he was appointed to the Academy of Fine Arts in the new choreography section.

Since October 2006, the Ballet Preljocaj and its 24 permanent dancers have resided at the Pavillon Noir in Aix-en-Provence, a building entirely dedicated to dance. 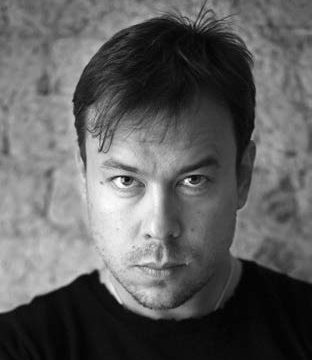 Igor Chapurin was born in a Belorussian town of Velikiye Luki. After having finished a secondary school he entered the Vitebsk Technological Institute where he specialized in women’s clothing design. Winning the Nina Ricci Young Designer Contest in Paris shortly after completing his studies was Igor’s professional startup. Upon that, offers followed to create evening dresses for Miss Europe, Miss World and Miss Universe finalists. His first collection ‘To Russia with Love’ was shown 1995 brought him general recognition.

1996 to 1998, taking a personal invitation of Princess Irene Galitzine Igor Chapurin designed the first line for the Italian fashion house Galitzine. Year 1998 proved to become a turning point in Igor Chapurin’s career as many thrilling events happened. His ‘Chapurin-99’ collection got a Golden Mannequin – the highest award of the Russian High Fashion Association. The designer became a full member of the Association. He received Harper’s Bazaar award in ‘Style’ nomination. That year brought Igor a first experience in a stage design as he created costumes for a renowned Russian director Oleg Menshikov’s production ‘The Woes of Wit’ by a writer Nikolay Gogol.

2004 for the Athens Olympics Igor Chapurin together with Swarovski successfully created costumes for Russian Olympic champions in artistic gymnastics Alina Kabaeva and Irina Chashina. 2005 landmarked Igor Chapurin’s first show in the official calendar of the Paris prêt-aporter Fashion Week which brought him prompt international recognition and world name. In recent years Igor Chapurin has been awarded with a number of prizes for his achievements in fashion. Russian GQ 2005 Designer of the Year, 2007 ELLE Style Award, 2010 World Fashion Channel Best Designer award are only a few among many others. 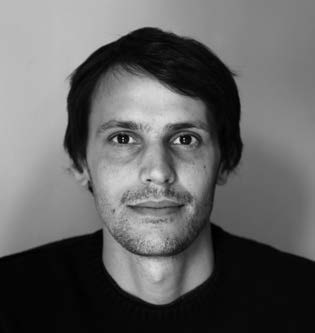 Boris Labbé was born in 1987 in Lannemezan (Hautes Pyrénées). He lives and works between France and Spain (Madrid). He studied contemporary art at the École supérieure d’art des Pyrénées, in Tarbes, then at the Animated Film School of Angouleme until 2011.

His films and video installations have received about fifty awards and honors from around the world, among others, the Grand Prize at Taichung, an international animation festival in Taiwan ; Grand Prize at Curtas Vila do Conde in Portugal ; Fipresci Prize at the Annecy Festival ; Grand Prize at Animafest Zagreb ; Grant Author of animation films from the Lagardère Foundation ; Golden Nica Animation at the Ars Electronica Festival in Linz ; Grand Prize at Japan Media Arts Festival in Tokyo. His last short film The Fall was selected in special screenings at the 57th Semaine de la Critique, Cannes Festival. 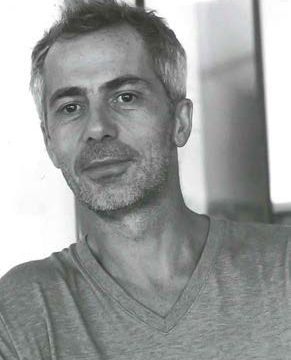 After studying ephemeral architectures at the École Boulle, he designed stage sets and lighting for many directors and choreographers on the stages of Europe.

He worked with the writer-director Joël Pommerat in 1997, who has worked on the creation of a repertoire of twenty repeated shows by the Louis Brouillard company.

He has been responsible for about ten projects since 2006 with Hermès, for who he has created the lighting arenas of the Salon de Musique, unique pieces of music and choreographies played in international capitals with the invited choreographers Shantala Shivalingappa, Raphaëlle Delaunay, Hofesh Shechter, David Drouard, Rachid Ouramdane and Andrea Sitter.

He received the french journalistic critic prize for his work in 2008 and 2012.